If you are looking for a fun and social league on Tuesday nights, this is it!  With three person teams, no one has to be an “ace” to compete in nightly events.  Although this league is a scramble format, it is still competitive every night!  This league uses a 22 point scoring system that uses both match play and net scores and there are nightly hole events.

u are looking for a league that promotes team competition, this is the league for you!  This team-oriented league was developed a couple years ago and we are having amazing reviews on it!

Each team consists of four players competing head to head on the same hole at the same time against another foursome  for the best score using the Stableford Scoring system. The points are used for payouts after the first and second halves. Having 8 guys playing on a hole at one time sounds like the round may never finish, BUT on average this league takes no longer than 2-1/2 hours to complete nine holes. 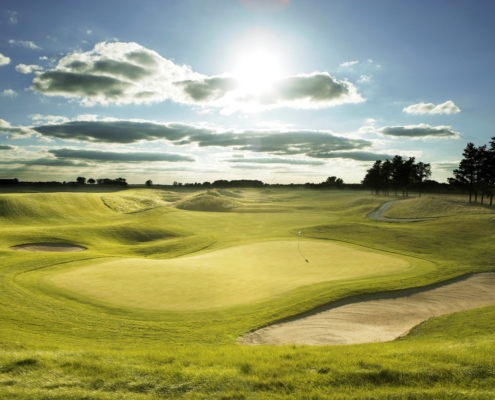 If you are looking for a league where you play your own ball, with a social yet competitive atmosphere, this is a league for you!

Each team consists of two players competing against another twosome in their “flight.”  After the round is completed a 10-point scoring system is used to determine the winner for the night. Two points are awarded for each of the following: